Former LA Galaxy president Alexi Lalas has admitted that the club was ‘ill prepared’ for ‘the hurricane that was David Beckham’ in 2007, though he thinks the ex-England captain’s arrival has changed the face of US Soccer for the better.

Speaking to Alex Manby on The Footballco Business Podcast Before the start of the 2022 World Cup in Qatar, the ex-US captain, with 96 appearances and 10 goals for his country, remembered what is still the MLS’ most notorious signing of all time since its creation in 1993.

But, we made the best of the situation and the good so far outweighed the bad and still to this day, we are feeling the effects of that signing and a lot of people look at it as again, a seminal moment and a moment of change when the league kind of grew up and went in a completely different direction.’ 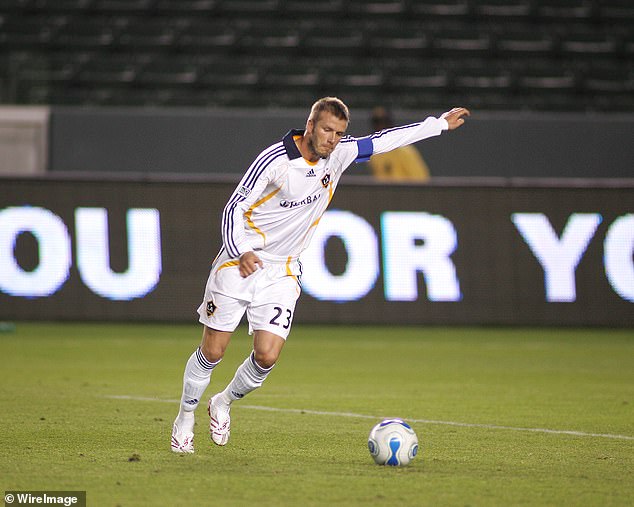 The club’s execs were impressed by Lalas’ credentials after he served as the San Jose Earthquakes and New York Red Bulls’ President and General Manager, respectively during the 2004 and 2005 seasons, and from 2005 to 2006. 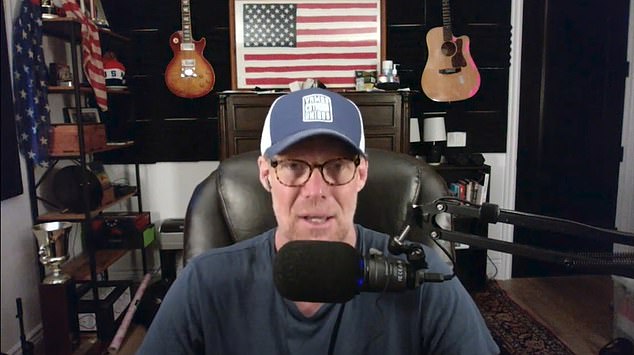 ‘You can do a bunch of different things but signing not only one of the great players at the time in the world but also one of the most famous people in the world, checks a lot of boxes up there.’

Lalas admitted that the Galaxy’s owner, the Anschutz Entertainment Group ‘had been cultivating a relationship for a number of years with David Beckham through some different camps, in anticipation of possibly having this happen.’ 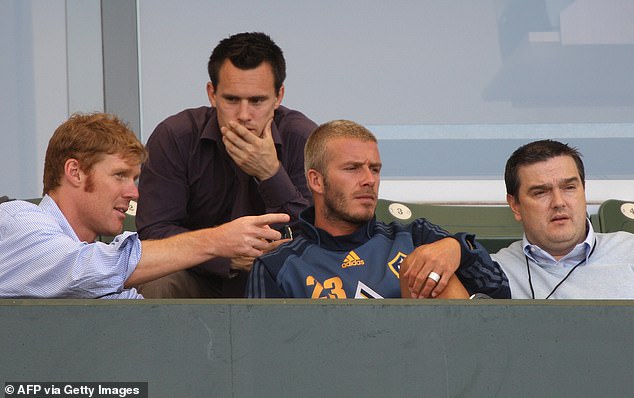 The Galaxy’s owner, the Anschutz Entertainment Group ‘had been cultivating a relationship for a number of years with Beckham through some different camps, in anticipation of possibly having this happen,’ according to Lalas (far left)

Prior to Beckham’s arrival in the US, the Englishman was at the heights of world soccer, having won the Champions League, FA Cup, and Premier League with Manchester United, as well as LaLiga and the Spanish Super Cup with Real Madrid.

Coming towards the final chapter of his illustrious career, at the time, Beckham signed for the Galaxy in a five-year, $32.5 million deal, worth $6.5m per year. Reflecting on the move, Lalas acknowledges that the Galaxy had to ‘just throw a bunch of money’ at ‘Becks’ and ‘talk about how fundamentally we are going to change the team and the league.’

‘I think he and his team recognized that this was something different. This was something a little outside of the box, and that’s what we were looking for, and we found the perfect vessel to carry that change in the form of David Beckham,” he said.

Asked by Manby if he thought the arrival of ‘Golden Balls’ was the biggest moment in the history of the MLS, Lalas said: ‘I think so. I mean, I think because of what it signaled, in terms of intent, and it did plant that flag and say, ”We’re going to do some bigger things that are going to cut through and resonate, not just for the soccer world, but for the whole world.

‘[…] We’re all really good at spending other people’s money, but actually getting the people whose money it is to recognize the value in doing that, that’s a whole other thing. We had some really, really smart people working on this deal. And like I said, we offered him not a deal that he couldn’t refuse because he could have gone anywhere in the world and done whatever he wanted, but I think we offered him something different than everybody else. 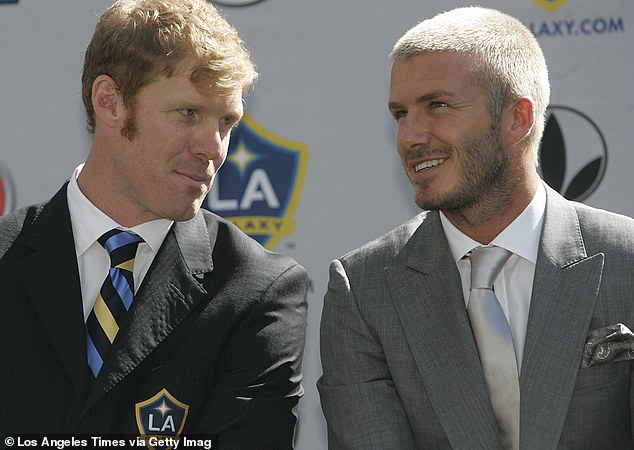 Lalas admits that despite all the fandom the club had received, the Galaxy were ‘ill prepared’ for Beckham’s arrival in LA in 2007

And look, while it’s still an emerging market, it’s an emerging market for again, a brand, one of the big brands in the world, to tap into in a really unique way and continue to play and do all of those things. ‘

The former defender, who played for then-Serie A side Padova, before playing for an array of teams in the MLS, including the New England Revolution and Kansas City Wizards, did admit, however, that the Galaxy front office was ‘ill prepared’ for Beckham’s arrival.

Questioned on if he’d have done things differently, Lalas said: ‘I was still pretty young and I was learning the business. I don’t know, but I at least I should have tried harder to make clear from the start that this was the Los Angeles Galaxy as opposed to this was the brand of Beckham.

‘It’s easy to say that, it’s next to impossible to do it. But I probably along the way, we capitulated, and we acquiesced in order to satisfy the brand of Beckham early on in a way that was detrimental to the functioning of an actual team and of a club.

‘It’s natural to do something like that, but the power that David Beckham had, and the influence that he had, and I know I’m using it in a negative sense, it’s not always in that sense, but the power imbalance was such that it needed to get back and it just took too long. 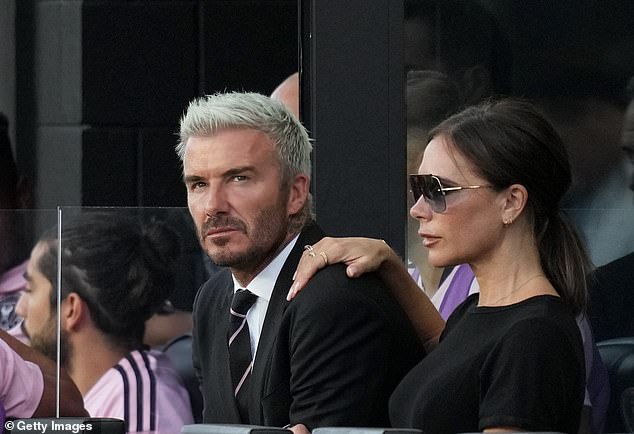 Beckham is now the owner and president of MLS side Inter Miami CF, founded in 2018

Lalas also revealed that part of Beckham’s ‘genius deal’ was ‘the ability contractually to be able to buy a team.’

‘[…] he had the leverage and power and back then given what teams were selling for, they saw around the corner in a wonderful way, and I certainly don’t begrudge them but we had to give that up, which meant that the ownership at that time and the league had to agree to do something like that.

Beckham’s California dream lasted until 2012, the year when he guided the team to an MLS Cup before moving to Paris for one last stint in Europe’s elite, right after the French capital’s soccer team was bought by Qatar’s Sports Investment.

He eventually came back to America to found Inter Miami in 2018.

His arrival and departure changed soccer’s atmosphere in the US, including the MLS’ rules on players coming from overseas, with the league creating the Designated Player Rule, also known as the ‘Beckham rule,’ as Lalas said.

Set in stone since 2007, the rule ‘allows clubs to acquire up to three players whose total compensation and acquisition costs exceed the club’s salary cap with the club bearing financial responsibility for the amount of compensation above each player’s Salary Budget Charge.’