Battle-tested in Portugal, Cannon arrives at USMNT camp after helping Boavista to a strong start

With the US national team now assembled in Germany ahead of its friendly against Japan, Reggie Cannon is one of the players who arrived at camp playing well. Playing out of position in central defense, Cannon has helped Boavista to its best start since 2004. Ahead of camp, ASN’s Brian Sciaretta spoke at length with the former FC Dallas homegrown about the unique nature of playing in Portugal, the US team, and Berhalter’s recent visit on his scouting trip.

WITH THE 2022 WORLD CUP Now less than two months away, the competition to make the United States roster to head to Qatar is intense at several key positions. This is true especially at right back where Gregg Berhalter named four players at this position to current September roster.

Reggie Cannon, 24, is one of the four along with Sergino Dest, Joe Scally, and DeAndre Yedlin and there are pros and cons with each player.

Dest is the closest to a lock due to his experience with three top European teams, but his playing time at Milan in the coming months is murky. Scally is talented but has yet to play in any important games for the US team. Yedlin is the most internationally experienced player on the US team but has not stood out since moving to Inter Miami after falling out of favor at Galatasaray.

For Cannon, there are also plenty of pros, and a few cons. For the pros, he is playing well for Boavista and has been the US team’s backup right back behind Dest for most of this cycle. On the flip side, he rarely plays right back anymore and instead is playing as a right central defender in Boavista’s three-man backline.

But despite that positional switch, Cannon insists his role at Bovista has only made him better.

“I haven’t even played right back since the last time I’ve been in national team camp,” Cannon told American Soccer Now. “It’s always good getting new experiences and learning how to play the game from a different perspective. That makes me a versatile player and it helps me in the long run.”

Cannon admits he misses the reps he gets in making attacking runs as a right back, but has found that his defense has improved in his current role. He still hits attacking passes to his wingers and players, but he has to adjust to having no cover behind him.

“This position forces you to be aggressive but also cover the space behind, which is something I’m developing pretty well,” Cannon said. “It’s something that you may not get reps at fullback as much. It’s given room for me to develop and play those line-breaking passes, to learn how my position can affect playing through lines. I think all of that is something that Gregg values. I think that is why I keep getting called in even though I’m playing, you can say, out of position. But this is my position as of now.”

In addition to his new versatility, there is also the inherent competitive instincts which have found another level in Portugal. Cannon notes that the Portuguese league is simply different when compared with both MLS or any other European League. 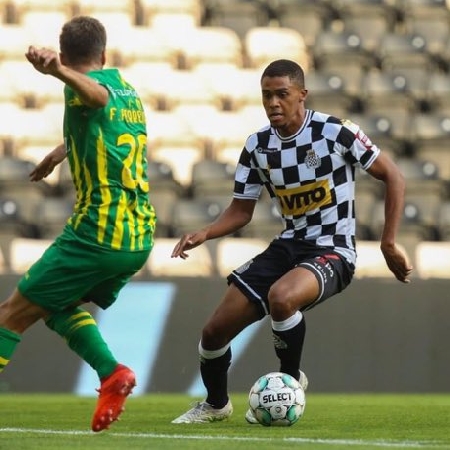 The league is known for its top clubs – Benfica, Sporting CP, Porto, and Braga, but most of the league is far different. While there is still quality, there is a tenacious sense of desperation that is core to the league’s smaller teams.

“It is very tactical, but a big chunk of the percentage of games is just intensity,” Cannon explained. “It’s how hard you go into tackles. It’s literally a war – benches clearing, usually have a member of staff getting a red card every one or two games. That’s just what Portugal is – whether people like to admit it or not. I think that does help me.”

That uber-intense nature of the Portuguese game helps Cannon and it was something that Berhalter got to witness earlier this month during the three-day scouting trip to Europe. Berhalter spent the final day of his trip with Cannon and was in attendance to watch Boavista’s 1-0 win over Pacos Ferreira on September 5th.

The game was eye opening for Berhalter to realize what a true battle this league is compared with anywhere else. Yellow cards were handed out regularly including one to Cannon who played well and was an important part of the cleansheet win. 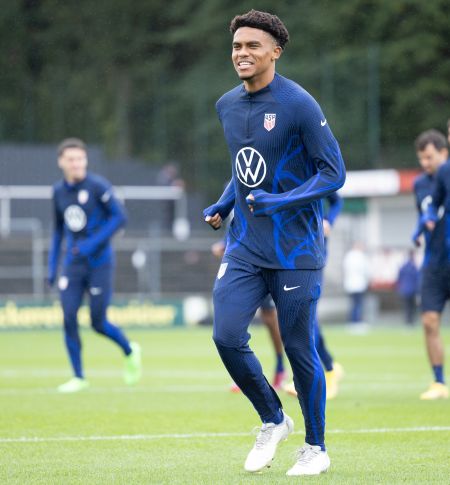 “The Portuguese league is crazy competitive, especially when you’re looking at these mid table teams playing against each other,” Berhalter said. “It is an absolute war, and that was good to see. Reg embraced that side of the game. The first half of the game – six yellow cards probably could have been about eight yellow cards. It was one car crash after another, and just really a competitive game. That was good to see, and then see how Reggie is coping with that.”

This also highlights one of Cannon’s strongest cases to make the World Cup roster. The intense nature of the Portuguese league closely resembles the international game at highest levels.

The international game sometimes can be raw as national teams, unlike clubs, are together only infrequently. But at the World Cup, there is a need to win at all costs as loses can be catastrophic. Like in Portugal, the games are often a battle of wills. This is now an area where Cannon is well-tested.

“Gregg saw firsthand how intense this league is as compared to other leagues,” Cannon said. “I’m an intense player. Gregg even told me when he was here that he likes that aspect of the ‘warrior Reggie’, who is intense, supportive, a good teammate and all that stuff. I think this league is a lot more intense than some of the other leagues in Europe, because a lot of the other leagues are about quality and technique. You can still have that in this league, obviously, but a big chunk of it is intensity. You see with the defenders – how many fouls, how many yellows, how many PK’s are given up each week. It’s definitely different.” 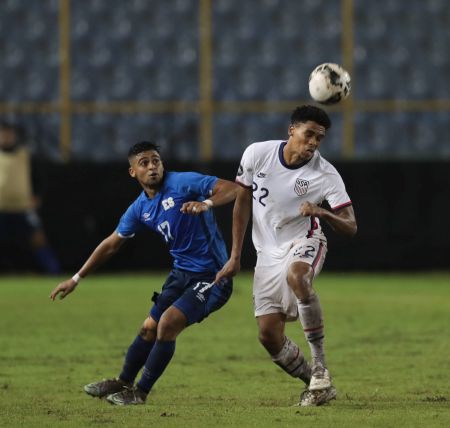 But Cannon has found a way to not just survive in the weekly battles on the field, but also to thrive. Through seven games, Boavista sits in fifth place with 15 points. It is the club’s best start since 2004 and it is a far cry from 2020/21 when Cannon first arrived, and the club needed a late surge to avoid relegation.

“Our coach [former Portuguese international, Petit,] had a vision from day one of the type of team he wanted and to compete in every single training,” Cannon said. “You had a lot of people in the past couple of years who just didn’t really commit… But everyone in this team is fully committed to the team and to the coach.”

“We’re not dominating games,” he added. “It’s not like we’re winning 3-0 or 4-0. That’s never going to be the case in the Portuguese League unless you’re Porto, Sporting, Benfica, Braga. It’s about how hard is the team willing to fight when something goes wrong, to come back from mistakes from mistakes, from goals.”

But for many players in Portuguese league outside of the traditional powers, they hope it will be a steppingstone for bigger things. Part of what makes the league so intense is the difficult financial situations for most of the midtable and lower table teams. 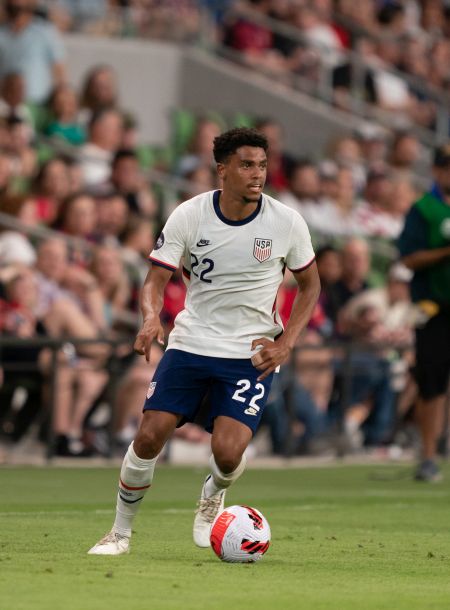 In general, there just isn’t a lot of money in Portugal. Players are playing to get noticed. While promotion and relegation is common throughout Europe, the consequences of relegation are even more dire in Portugal as it puts clubs on the brink of survival due to the threat of reducing revenue to already struggling clubs.

Cannon is happy in Portugal, but even he knows at a successing Boavista team, he is playing for a brighter future.

“The league in general, like a lot of teams have financial problems and it creates a lot of difficulties,” Cannon said. “I think all of us are kind of like accepting where we are and pushing to make the best of this situation to focus on becoming a better player for whatever may happen in the future.”

For now, Cannon is simply happy to be back in with the national team. He is very close with most of the team and had a good relationship the staff including Berhalter and his assistant Luchi Gonzalez who was the FC Dallas academy director who brought Cannon into that organization. 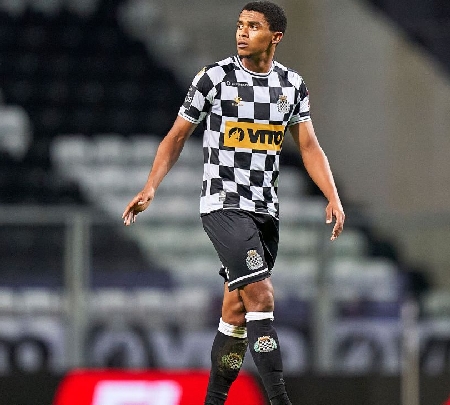 He welcomes the competition at right back and feels prepared for the coming games to cement his spot.

“It’s going to be a very important time for the group,” Cannon said. “There are two games left until it’s the real thing. It’s going to be the same mentality because this group has had the same mentality from the beginning that ‘I’m here to earn a spot every single camp.’ Because we always know how competitive it is with how many players playing in Europe, playing in MLS, – all over the place. Everyone’s trying to compete for that spot. It’s going to be a very intense camp to get those final touches in before we get the show on the road.”