England vs USA preview: How to stream, start time, predictions and latest news ahead of World Cup Group B clash

England and the USMNT meet in their second games of the 2022 World Cup on Friday, November 25.

The game will be played at the Al Bayt Stadium in Al Khor.

Jesus Valenzuela will referee the match. It will be the Venezuelan’s first game at a World Cup but he is well-versed in major tournaments having officiated at the last two iterations of the Copa America. He was named as South America’s best referee by the International Federation of Football History & Statistics (IFFHS) last year.

What time is England vs USA?

The Group B clash kicks off at 22:00 local time which means it will start at 19:00 in the UK and the coverage will be shown on ITV.

There are a couple of decisions for Gareth Southgate to make on the back of the emphatic win against Iran.

Harry Maguire was withdrawn late in the game as he was unwell so he might not be available on Friday. Harry Kane was injured in that match and, although he was able to continue, he was substituted in the second half and is set for a scan on his ankle. Having not trained with the squad, James Maddison seems unlikely to be involved.

Gregg Berhalter will hope to have Giovanni Reyna available after he was only fit to be among the subs against Wales. Christian Pulisic took plenty of hits throughout the opening game but he should be good to go against England.

England World Cup 2022 squad guide: Southgate will stick with tried and trusted – for good or bad

England got off to an almost-perfect start to the World Cup. They cruised past Iran with a 6-2 win on Monday with Jude Bellingham, Bukayo Saka (2), Raheem Sterling, Marcus Rashford and Jack Grealish on the scoresheet.

There was still some frustration from Southgate’s perspective though; he was annoyed that his side found a way to concede two goals against a team who hardly threatened the Three Lions goal.

The US looked to be heading to a similar outcome as England at half-time in their game against Wales after Timothy Weah had opened the scoring.

However, their performance levels dipped in the second half and they squandered the lead as Walker Zimmerman upended Gareth Bale in the box. The recently-crowned MLS Cup winner dusted himself down and denied the US an opening-game win with a brilliant penalty. 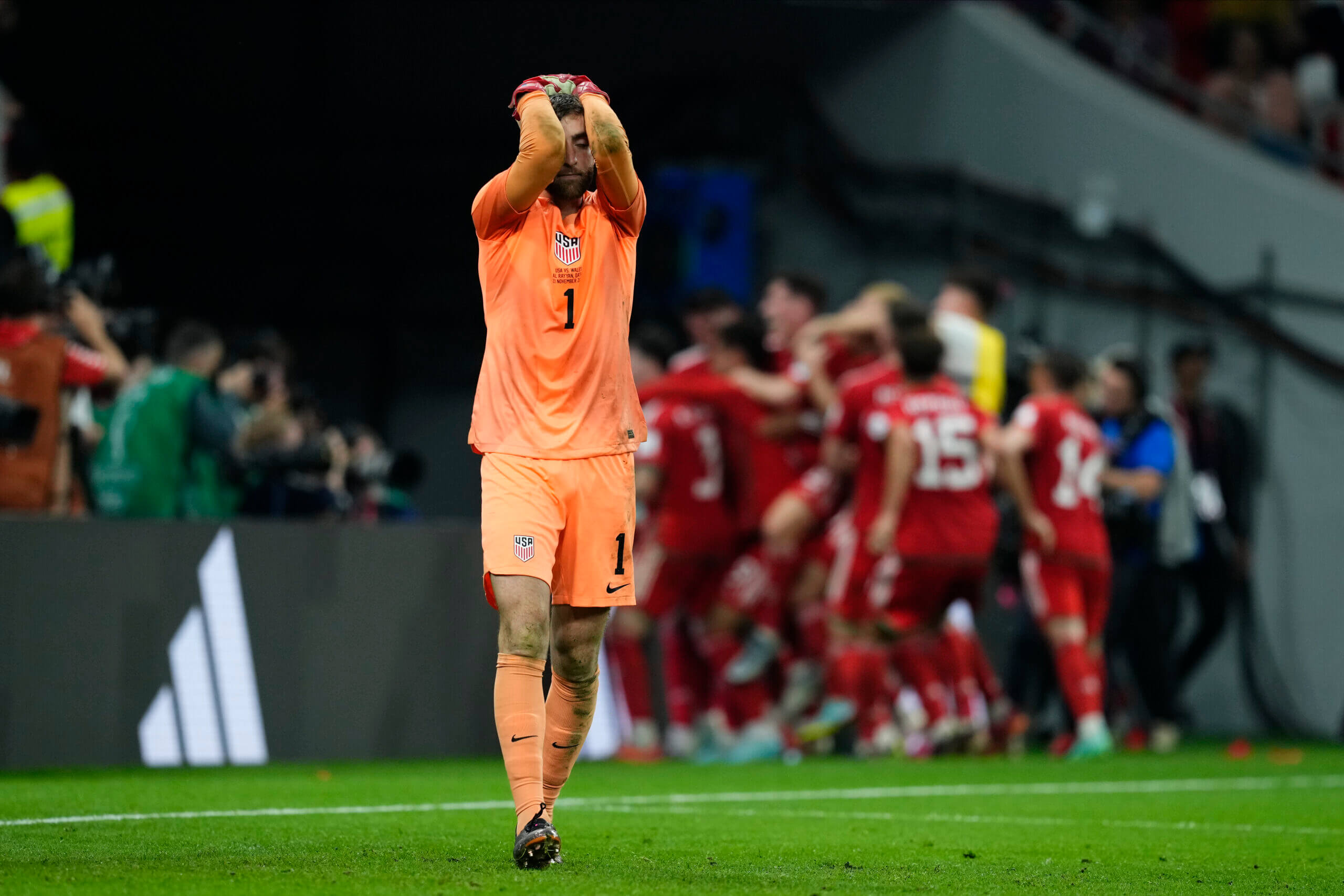 Turner got a hand to Bale’s penalty but couldn’t keep it out (Photo: Jose Breton/Pics Action/NurPhoto via Getty Images)

For England, a place in the last 16 is on the line. Victory against the USA will secure their place in the knockout stage, leaving USA with an uphill task to join them in the next round.

An unlikely victory for Berhalter’s side would send them above the Three Lions and leave them on the verge of progression, meaning England would need to get a result against Wales in the final group game.

A draw would be beneficial for both sides and the US would be more than happy with a share of the points, knowing that victory against Iran in their final game would give them an excellent chance of going through.

All of our predictions for the 2022 World Cup are powered by Nielsen’s Gracenote, who has used a proprietary football ranking system to estimate the chances of different results for every possible match through extensive simulations, to assess the chances for each team to reach different stages of the tournament.

This game could be described as The Athletic derby given our coverage of sport, and our offices, on both sides of the Atlantic. This is some of the best content produced about both teams over the last few days.

What the US got right, wrong in Qatar