The first scouting report on Tyler Adams in Leeds United’s system is from January 2020.

Adams had been with Germany’s RB Leipzig for a year and Leeds dispatched Gaby Ruiz, their head of European recruitment, to watch him in the flesh. Leeds were in no position to actually sign him because they were just a second-division club at the time and Leipzig were heavily invested in Adams but so often in football, that first glance at a player plants a seed.

Adams was interesting, a player with technical promise and personality. He was young, a few weeks shy of turning 21, but to the naked eye, he didn’t look at it. self-assurance, arrogance, maturity; whatever it was, the midfield had it and Ruiz submitted his thoughts with interest.

The club revisited their files on Adams this past summer, when speculative interest turned into a concerted bid to sign him from Leipzig. Another report, written by a different scout, Alberto Cordero, was effectively a green light to make the deal:

Cordero’s assessment continued in that vein before concluding that Adams was tailor-made for countryman Jesse Marsch’s Elland Road midfield, the opposite of a shrinking violet.

At that stage of the transfer market, it was a toss-up for Leeds, who had already paid another German club, Bayern Munich, £10million ($12.1m) for another midfielder, Marc Roca. They could have Adams or they could have Mohamed Camara, the tenacious Malian who played for Red Bull Salzburg.

The difference in their prices was not huge but Leeds, Marsch and director of football Victor Orta fell on the side of Adams. He and Roca would be a more consistent pairing, they believed. And with Adams, they were also acquiring strong leadership qualities — a surrogate captain. (Camara went to Monaco of France’s Ligue 1 instead.)

Those qualities were given a vote of confidence last week when Adams was named as the USMNT’s captain for the World Cup.

He had worn the armband internationally before but this was something else, a 23-year-old asked to lead the US through a tournament in which expectancy of them was higher than ever. Previously, the Americans had rotated the captaincy among the members of a “leadership council” and tellingly, the decision to award it to Adams permanently did not come from head coach Gregg Berhalter. It came instead from the squad — they took a vote and Adams was the winner.

“Tyler’s a guy who’s just mature beyond his years,” Berhalter said when the choice was made public.

That call, one former US international tells The Athleticwas an “absolute no-brainer” and almost every conversation about Adams — with current team-mates, old team-mates, coaches past and present — yields the same validation.

He was the kid who broke the convention that footballers know their place until they are settled, established and old enough to answer back or throw their weight around. Whenever stories about his spell at New York Red Bulls in MLS are told, they invariably come back to an incident in which an attempt to remind him of his lack of seniority ended in a physical altercation which Adams won.

The US need to bite and they will need it in spades during their second group game against England in the coastal city of Al Khor having drawn 1-1 with Wales in the opener. 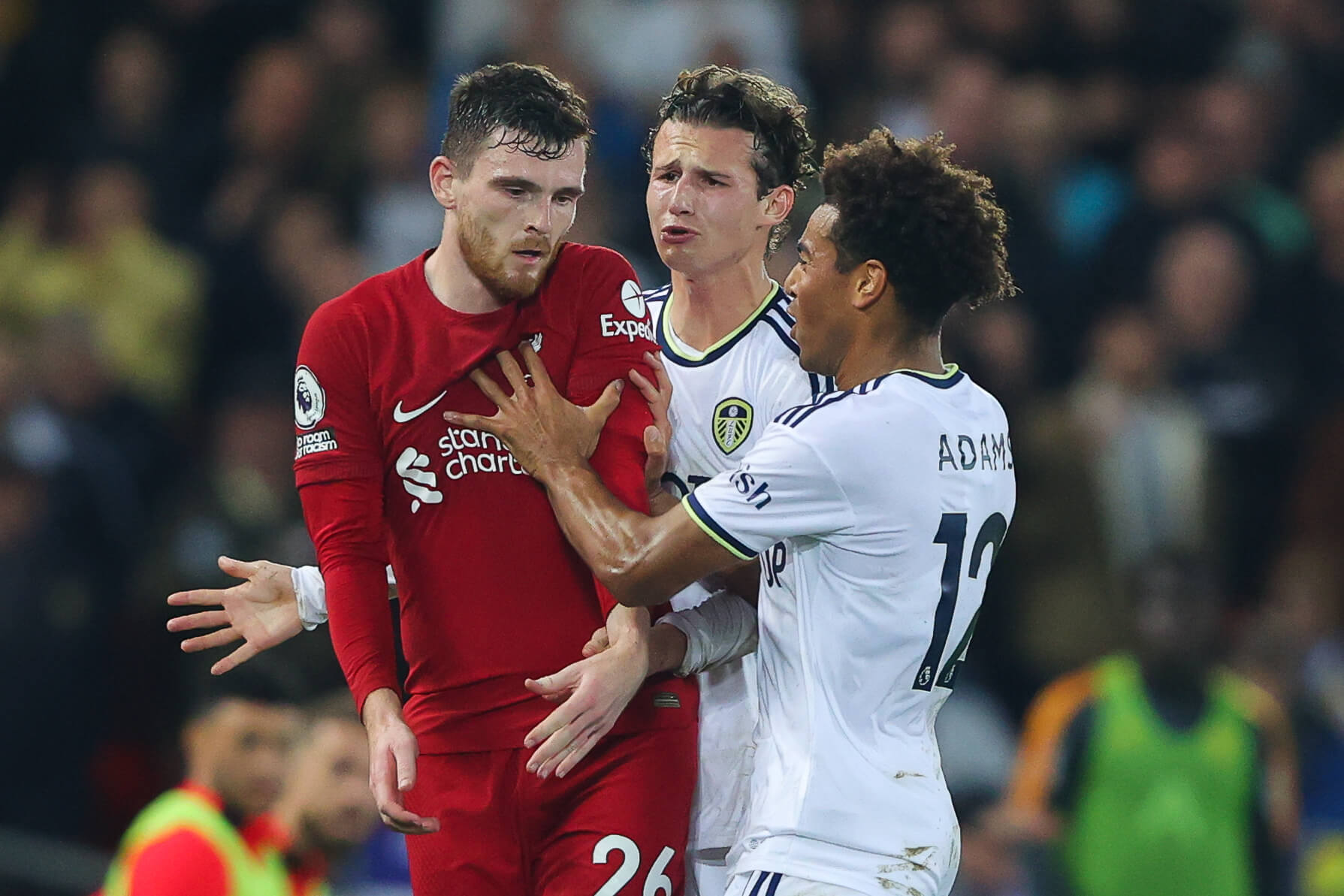 USMNT team-mates Adams and Brenden Aaronson show they are up for a battle against Liverpool (Photo: James Gill – Danehouse/Getty Images)

The “no-brainer” remark came from Sacha Kljestan, who played alongside Adams in New York.

Without over-egging his foresight, Kljestan saw this coming a while ago.

“Considering (the captaincy) was left to the players to decide, I’m not surprised he went his way,” he says. “I’ve known him since he was about 16 and I had him down as a natural-born leader very early on. It shines through in the way he is and the way he plays, this ultra-confident guy who kind of shocks you a bit but then quickly earns your respect.

“I was 20 years old when I became a pro and I was one of those players who always deferred to the older guys. Always. It’s what most players do. Tyler was nothing like that. He came through at 15, 16 and from day one, he was sure of himself, never the sort to keep his mouth shut if he had something to say. He speaks well, he plays well and that makes him an ideal captain.”

Adams’ trick, and his way to respect from the rest of the dressing room, was to back up his talk in the only way a young player can.

He wanted to be seen to be making the most effort and although the US let a 1-0 lead slip late on against Wales on Monday, Berhalter got an archetypal Adams performance from his captain, a blend of tackles, interventions and recoveries. He won the most tackles (five) and duels (eight) of anyone on either team and ranked third for regain possession.

Leeds, more and more, have been witnessing that industry in the Premier League, aided by stamina which allows Adams to marshal the area between both boxes and manipulate the ball there. His total distance covered against Wales, over 13 km, was the furthest of the World Cup to that point. 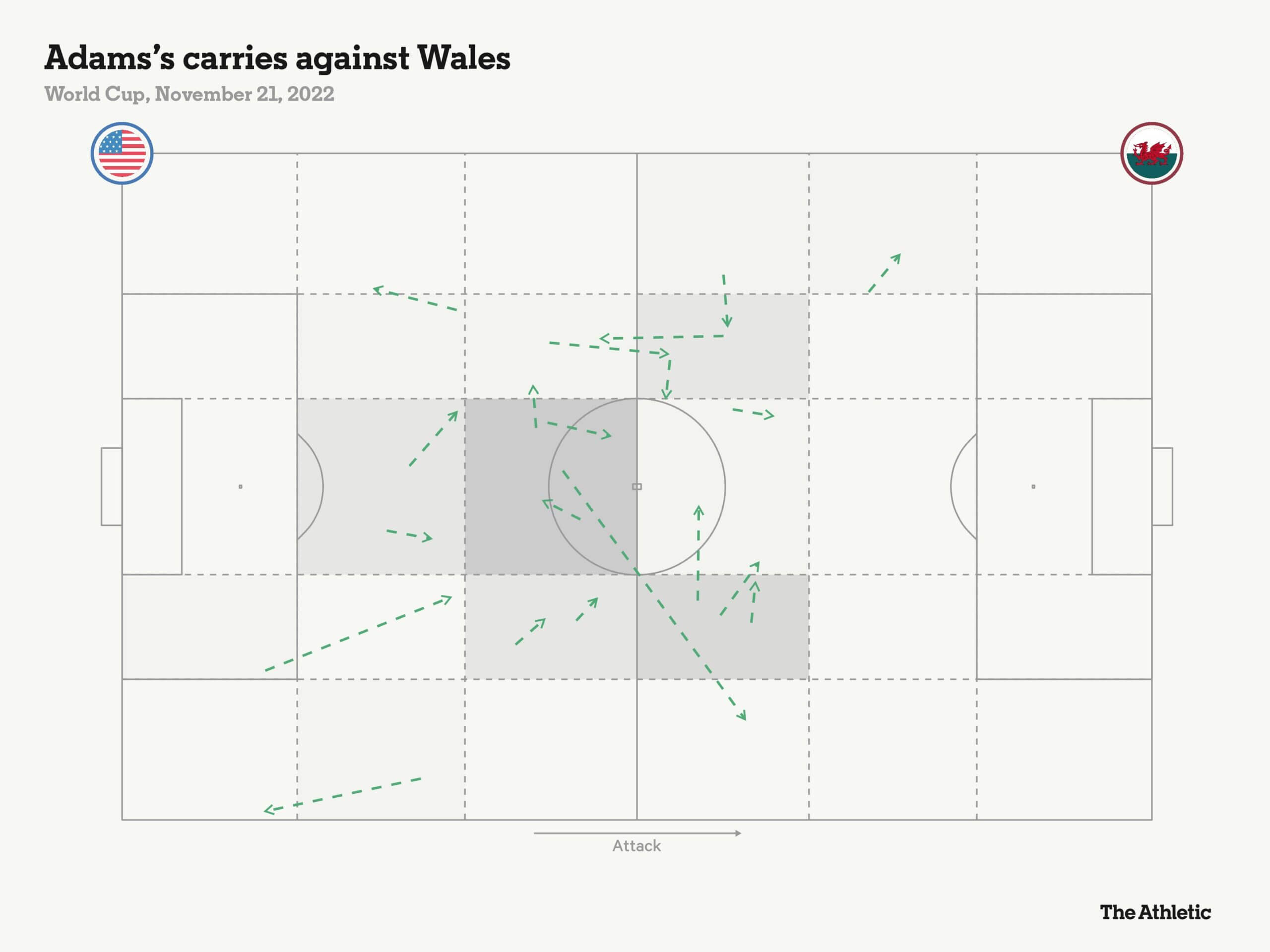 He is, though, capable of possession and more than a midfield disruptor.

On and off the pitch, people close to him see two sides of him. Adams is fiercely competitive when the chips are down but people at Leeds describe him as “sweet and easy-going” in normal life.

He and Brenden Aaronson, the other US World Cup squad member on Leeds’ books, live close to each other in the smart Yorkshire town of Harrogate and play golf together whenever matches and training sessions allow. Adams, according to Aaronson, is the more proficient golfer of the two and their competitive streak is such that they both have hired instructors to improve their swings.

“I’ve played with Tyler enough now to see that he’s a completely different person on the field,” Aaronson says. “Sometimes we yell things back and forth at each other, get into it a little, but we’re really good friends off it.

“On the field, he is just like… he puts his game face on and gives his all. Something that’s really underrated about Tyler is that, not only does he win a ton of tackles and he’s all over the place, but on the ball this year he’s been unbelievable (at Leeds), switching the point of attack, connecting the little 10- or 15-yard passes in the middle. He’s been fantastic, one of our best players.” 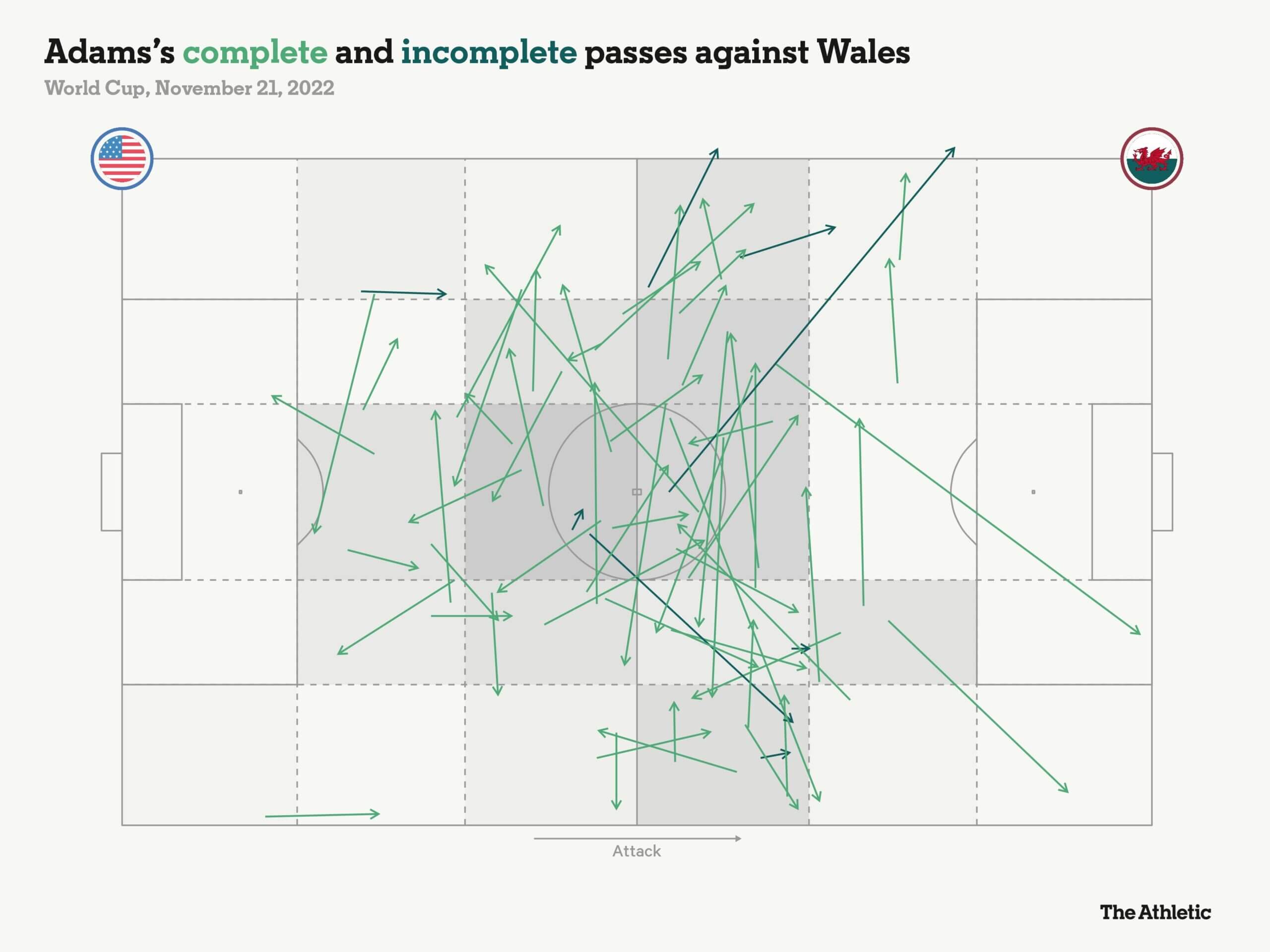 Leeds, like the US squad, have a leadership group of senior players who interact closely with the coaching staff and offer a sounding board.

It was set up by Marsch, the club’s American head coach, when he was appointed in February of this year.

Interestingly, Adams is not part of that group yet but is a member of the council established by Berhalter, along with others including Christian Pulisic and Walker Zimmerman. The US camp are fairly guarded in talking about the council in detail but it is essentially the voice of the squad, designed to keep people on the same page and maintain good channels of communication with Berhalter.

Adams, who will turn 24 in February, is the youngest national captain in this tournament and Leeds’ first at a World Cup since Lucas Radebe with South Africa in 2002. He has never been far from the USMNT picture since Berhalter took charge in 2018. “I can go on and on about the strengths of Tyler,” Berhalter says, “but I think the other thing about him is his humility.

My game in my words. By Tyler Adams

Kljestan, a veteran of more than 50 USMNT appearances who is in Qatar as a host and analyst on Fox Sports’ FIFA World Cup Now show, admits he needed to adjust to Adams’ forthright personality.

“When he broke through as a kid, I definitely took time to warm up to him,” Kljestan says. What he was just wasn’t what you expected of someone his age. There was nothing malicious in what he did or said. He just didn’t seem to be afraid of anyone.

He’d speak when he felt like speaking and he’d be totally honest so, to begin with, part of you is thinking, ‘I don’t know what to make of this guy’. But then he plays how he plays, he’s 100 per cent for the team and you forget about everything, other than the fact that he’s exactly what you want alongside you.”

A few months ago, Mike Grella, another former New York Red Bulls player, told a story of Adams getting into a fight with, and beating up, an older team-mate who pushed him too far. Kljestan remembers that incident too, although, like Grella, he prefers not to name the recipient of the beating.

“This was someone who played in the same position as him, someone who’d been around the game for much longer,” Kljestan says. “He’d get Tyler in headlocks from time to time, give him little digs — a bit of fun mostly, but maybe a way of showing who was in charge.

“One day we came out of a team meeting and this guy, he was jabbing at Tyler, like he did. I don’t know, perhaps Tyler had just had enough. They started grappling and wrestling, serious all of a sudden, and, well, Tyler made this guy tap out. He didn’t mess with Tyler again after that.

England will find that out in what should be the biggest examination of Adams’ leadership to date.

Gareth Southgate’s team are highly fancied to win the match, and are among the favorites to win the World Cup itself.

For the US, a point or three might hinge on the player who will set out to attack England’s midfield like a wasp, entirely in his element.

Giving him the national-team captaincy required a dressing room vote, but everyone with experience of Adams thinks it was his destiny.