Rogers is excited for the USMNT opportunity, wants to stay in the team’s future plans

After a breakout season in 2022 with Norway’s Rosenborg, Sam Rogers is hoping to make a positive impression at the USMNT January camp where his first cap is looming. ASN’s Brian Sciaretta spoke with the Seattle native about the call-up, his 2022, and his future goals.

AMONG THE MANY faces at the USMNT January camp who is looking to impress is Rosenborg central defender Sam Rogers who arrived in Los Angeles on the heels of a breakout season with Norway’s most historically powerful club. While the call-up wasn’t terribly surprising given the year Rogers had, it highlights how quickly things can change in soccer.

At this time last year early in 2022, Rogers had never played at a higher level than the USL or the Norwegian second tier. He started his pro career with the Tacoma Defiance, the USL affiliate of the Seattle Sounders, before moving to Oklahoma. But Rogers made the most of his opportunity after his 2021 move from the OKC Energy to HamKam in Norway’s First Division. Upon arrival he helped anchor the team’s backline and led them to a comfortable promotion. But when HamKam manager Kjetil Rekdal was hired by Rosenborg after the promotion, one of his first acts was to convince the club to acquire Rogers via a transfer. Rosenborg eventually paid around a $1 Million for Rogers and it paid off.

Since then, it’s been all looking up for Rogers and Rosenborg.

“Last season, the goal was to have to finish back in the top three to qualify for Europe, which we did,” Rogers said. “After doing that, there was a lot of belief that we can do even better this year. We had a lot of new players last year. There has been learning curves and I think now that we’ve spent a whole season together and we get most team back in for a full pre-season, I think everyone is really optimistic.”

Part of what made Rogers stand out is that he scored six goals last season for Rosenborg en route to a third-place finish. But in Norway last season, he was very aggressive in the back and trying to get the ball forward into the attack. It is something that the club is hoping he will continue next year and it is something that made him stand out from other defenders in the league.

Rogers, 23, has effectively carved out a reputation for him within Norway’s top flight after just his first season and it makes him one to watch in 2023.

“A lot of it is about consistency,” Rogers explained. “You’re not going to be the best player in every game. But if you’re playing consistently well where people know what to expect from you and they can count on you, that’s always been something that I’ve thought is important in a footballer. Last season I was able to show that I can be consistent, and I can also add different elements. I scored some goals last year, had some assists. Even as a defender, offering something more than just defending is a bonus. And to consistently be able to move the ball forward is also something that I think is important. I think now I just up my standard to an even higher level. I’ve done it so now I know it’s possible.”

Rogers found out about the call-up earlier in January while he was with Rosenborg’s preseason camp. He was about to go to bed and then got notification he was on the preliminary roster. A few days later, he was named to the final roster. 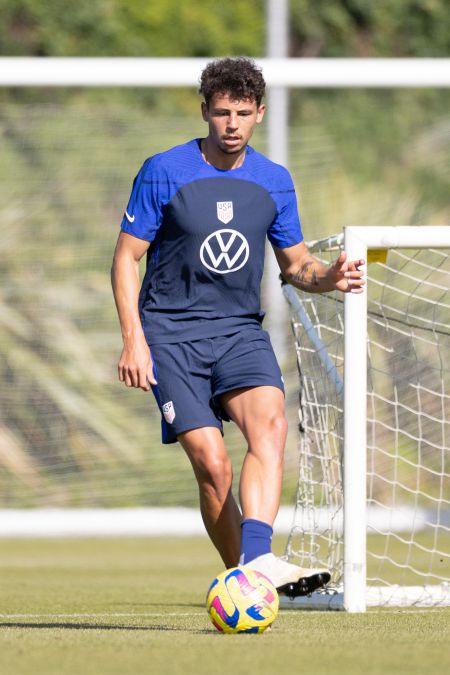 While many European clubs typically deny the release of players to friends who play outside of FIFA international dates, such as these January games, Rosenborg was happy that Rogers had this opportunity. Last year when Rogers was in his breakout season, the club even told Rogers they believed he should be in the picture for the national team.

“My coaches weren’t shocked. They were really happy.” Rogers said of Rosenborg’s reaction to the news of his callup. “They’ve been big supporters of me and believe that I have the ability to play at that level. They were just really positive with me saying that we talked about this and now you have the opportunity. You’ve just got to show them in person what you can do.

Check out the goal from Sam Rogers. Nice skills from a center back pic.twitter.com/UlWFJIOcNT

“That was one of the things that we discussed when I made the move to Rosenberg was – it’s the biggest club in Norway,” he added. “They’ve played in the Champions League, Europa League. If I can perform well with the club and we do well in the league and play in the Conference or Europa Leagues – that keeps us in the bigger marketplace for news. That was what we talked about if I have a good season and the club does well – it’s a possibility. I heard that we spoke it into existence.” 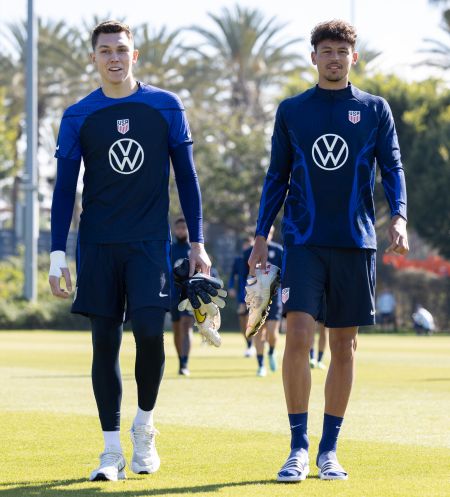 Rogers will likely make his debut in either the friendly against Serbia or Colombia. The camp is being run by assistant coach Anthony Hudson who stressed that 30 players who have played for the US team’s annual January camp have gone on to play at the World Cup – including top players such as Landon Donovan and Clint Dempsey. Even under an interim manager, the opportunity is huge. The last time the US had an interim manager was in 2018 with Dave Sarachan and more players from the 2022 World Cup team made their international debut under Sarachan than any other US manager.

Rogers watched all the US games at the World Cup and was impressed by the team’s foundation and now wants to be part of the next steps. Among the team’s World Cup defenders Aaron Long, Tim Ream, and Walker Zimmerman, all are either over 30 or will soon turn 30. No other position on the US team is ripe for as much turnover as central defense.

“I watched all the US games for sure,” Rogers said. “I think there’s a lot of good things to build from that group and the way the team plays. We didn’t win it, so there’s still improvements to make [laughs]… I’m hoping I can play well and put my name in there as maybe a possible improvement for the team. That would be my goal. My goal is to keep my name in the mix for future camps.”