USMNT: Christian Pulisic ‘paved the way’ for the next generation of US soccer stars

Christian Pulisic ‘paved the way’ for the next generation of US soccer stars, according to teammate Brenden Aaronson… as Chelsea winger admits ‘he never takes for granted’ playing for his country

By Patrick Djordjevic For Dailymail.Com

The pair are a pivotal part of the USMNT roster which will face England in Group B on Friday afternoon at 2pm EST.

Aaronson was full of praise for his teammate and the influence he has had as soccer continues to develop in the nation.

‘I think he paved the way for a lot of Americans,’ Aaronson told the Premier League.

‘Especially in my age–his quality and the things he can do. I’ve seen it first-person and I think he’s an amazing, amazing player. 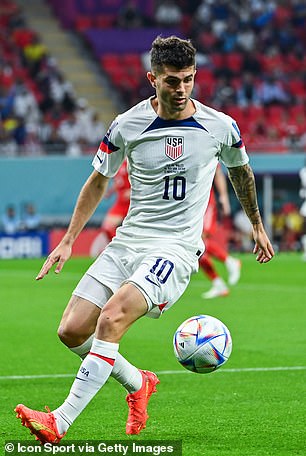 ‘The thing I want to take away from him is how he drives at players. He’s not afraid to maybe make a mistake or two. He just keeps going and has so much quality on the ball.’

Creating history brings it praise and limelight, but lurking in the shadows is a demand — publicly at least — to have to do more than most.

‘I think I’ve definitely had to grow up fast, I’ve learned a lot,’ Pulisic said of his time as US soccer’s poster boy, via FOX. ‘I don’t take it as a burden though, I’m extremely lucky.’ 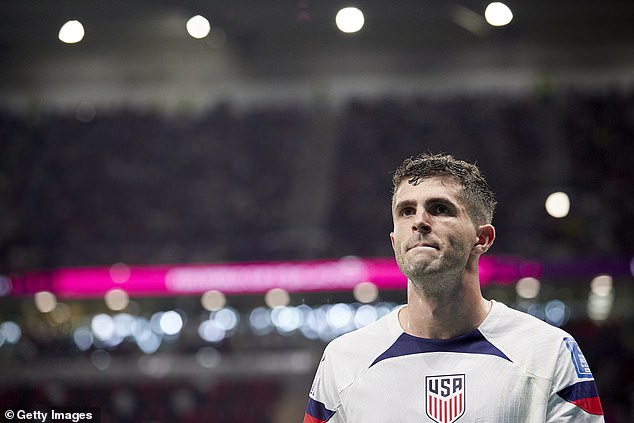 “I will never take for granted what I do everyday, and getting to play this game I love for the country that I love.” 🇺🇸

Tom Rinaldi sat down with @cpulisic_10 to talk about the journey that led him to represent the @USMNT at the FIFA World Cup ⬇️ pic.twitter.com/SWOWk6h6PT

‘I wouldn’t trade it for the world. I understand how blessed I am, and lucky to be in this position.’

Pulisic speaks generally of where he is now, but on Friday afternoon in his home country, the 24-year-old will be under the gaze of millions — willing and demanding he be the catalyst for another ground-breaking moment.

‘I did work extremely hard to want to be here but I never take for granted what I do every day,’ he added. 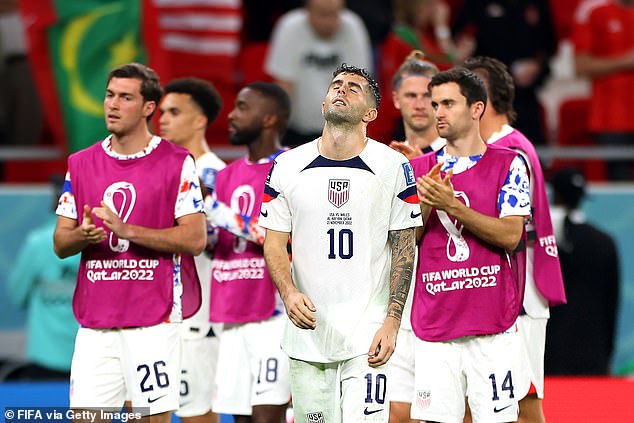 England present a daunting task for Pulisic and Co., not that he’d have it any other way.

‘I truly believe anything’s possible.’ I think we’re a confident bunch of guys, I think that’s a thing… we’re competing to win,” he said.

‘I play for every American citizen there is.’ That’s the greatest honor there is in sports.’

England are considered tournament favorites with the USMNT facing an uphill battle in today’s matchup, although there’s been a host of tournament shocks already. A spot in the knockout stage is still possible following Iran’s 2-0 win over Wales and even with defeat by England.

What the US got right, wrong in Qatar