USMNT’s Tim Weah had Liberia on their feet: ‘There is a whole lot of respect attached to that name’

When Tim Weah scored for the USMNT against Wales on Monday, it was not only American fans who jumped to their feet.

About 4,000 miles (7,000km) southwest of Qatar, in the Liberian capital of Monrovia, a big screen had been set up in the headquarters of the Congress for Democratic Change, the west African country’s ruling party.

For the first time, a football match was being streamed in the building. Hundreds had turned up to watch, and when the US scored, or rather when Weah scored for the US, there were huge cheers.

One man who was not there, however, was the party’s leader, Liberia’s president and the goalscorer’s father — George Weah.

He had gone to Qatar to see his son playing in person; a new star being watched by perhaps the greatest African footballer in history.

Weah Sr grew up in Liberia’s Grand Kru County, one of the country’s most impoverished areas, a place where people get by on subsistence farming. Via spells playing in Ivory Coast and Cameroon, he made his way to Europe and became one of football’s greats, playing for AC Milan, Paris Saint-Germain, Monaco, Chelsea and Manchester City. In 1995, while with Milan, he was named FIFA’s World Player of the Year.

Though he reached the pinnacle of world club football, playing at a World Cup eluded him.

To date, Liberia is yet to match the football pedigree of some of its nearby countries. While Ghana, Nigeria, Ivory Coast and Cameroon have regularly produced players who forge long careers in Europe, and enough of them at once to qualify for World Cups, Liberia’s most recent squad had no players currently signed to teams in a top 10 European league. They are ranked 150th out of 211 in the world by FIFA, and 44th of 52 nations in Africa.

Other than the campaign for the 2002 World Cup, when Liberia came within a point of qualification, George’s international career was spent fighting against the tide, playing alongside team-mates who could not match his ability and were unable to help deliver him onto international football’s biggest stage. (Weah and company managed to reach the Africa Cup of Nations twice, in 2002 and 1996.)

So it is no surprise that Liberian fans were delighted when 22-year-old Tim Weah was picked to play at this World Cup, even if he would not be playing for the nation his father is president of.


President of Liberia George Weah watching his son play for the US against Wales (Photo: Harold Cunningham/FIFA via Getty Images)

“When the news came out that Tim Weah made the squad for the World Cup, lots of Liberians were excited, even though he was playing for the United States,” says Anthony Kokoi, a football journalist for the Liberian Observer. “The fact that he has Liberian origin and his dad is the president was enough to make the people excited to see what he could do at the World Cup.”

Tim Weah was born in New York City and raised there and in Florida. His father and uncle coached him throughout his childhood. He also spent time at the now-defunct US Soccer Development Academy system and with the youth set-up for MLS team New York Red Bulls.

He moved to PSG aged 14, but there was not much surprise among Liberians when he announced that internationally he would play for the US Still, he did not stop his father’s political opposition from using it against him.

“There were criticisms when he chose the United States over his father’s country,” says Kokoi. George Weah’s political opponents criticized him for not using his leadership abilities to convince his son to play for Liberia, but that was an individual decision, and Tim made it himself. Most people here respect that decision, and he became the first person of Liberian origin to play and score in the World Cup.” 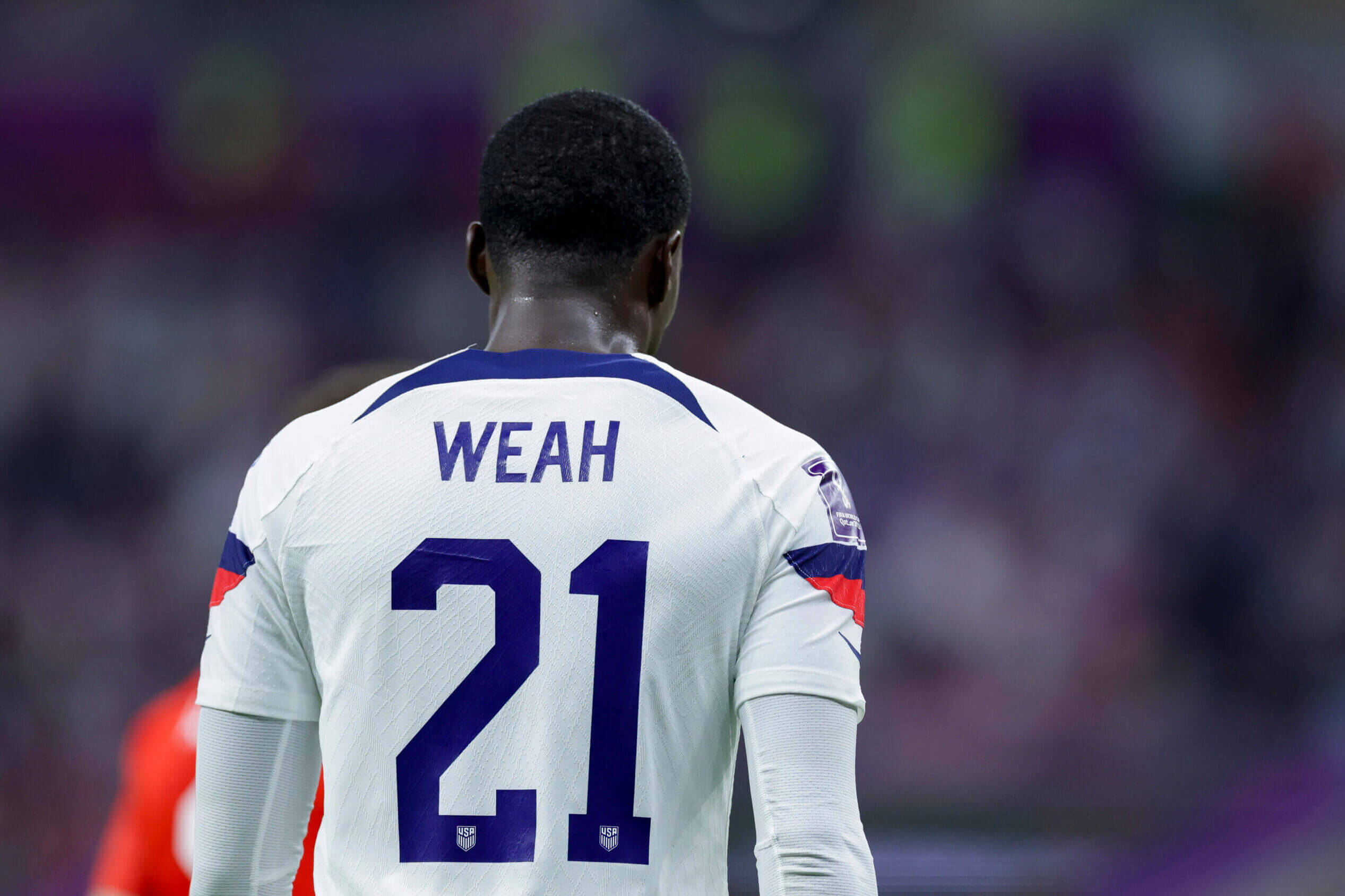 Tim Weah with the famous name on his back (Photo: Mohammad Karamali/DeFodi Images via Getty Images)

For Barflaan Tedoe, a sports reporter and child of Liberian immigrants to the United States, there is nothing but pride in watching Tim Weah represent the US

“We all came here to make a better life for ourselves, so when we see him playing for the United States, there’s no slight,” says Tedoe. “It’s a place with the resources for him to make use of his talents.”

For many Liberian football fans, which national team Weah plays for is less important than the fact that people know it is associated with their country.

Part of their concern is to do with names: while Nigerian or Ghanaian names, for example, are often identifiable as such, it is more challenging to recognize a Liberian name. This is due to the country’s history, having been used by the American Colonization Society in the 19th and early 20th centuries as a place to send freed former slaves and free-born black people from the United States.

The Weah name, however, is strongly associated with Liberia, and as long as he continues to embrace his heritage, there is only love for him, regardless of the badge on his shirt.

Beggars can’t be choosers! We can’t be out here hating on Tim for not choosing Liberia when the system really isn’t there to support him,” says Tedoe. “A lot of my cousins ​​shared the goal saying, ‘Yeah! We’re on that platform now!’. Even if we don’t have a Ghana or Ivory Coast-level team, we’ve got Tim doing his thing. That’s a win for us.” 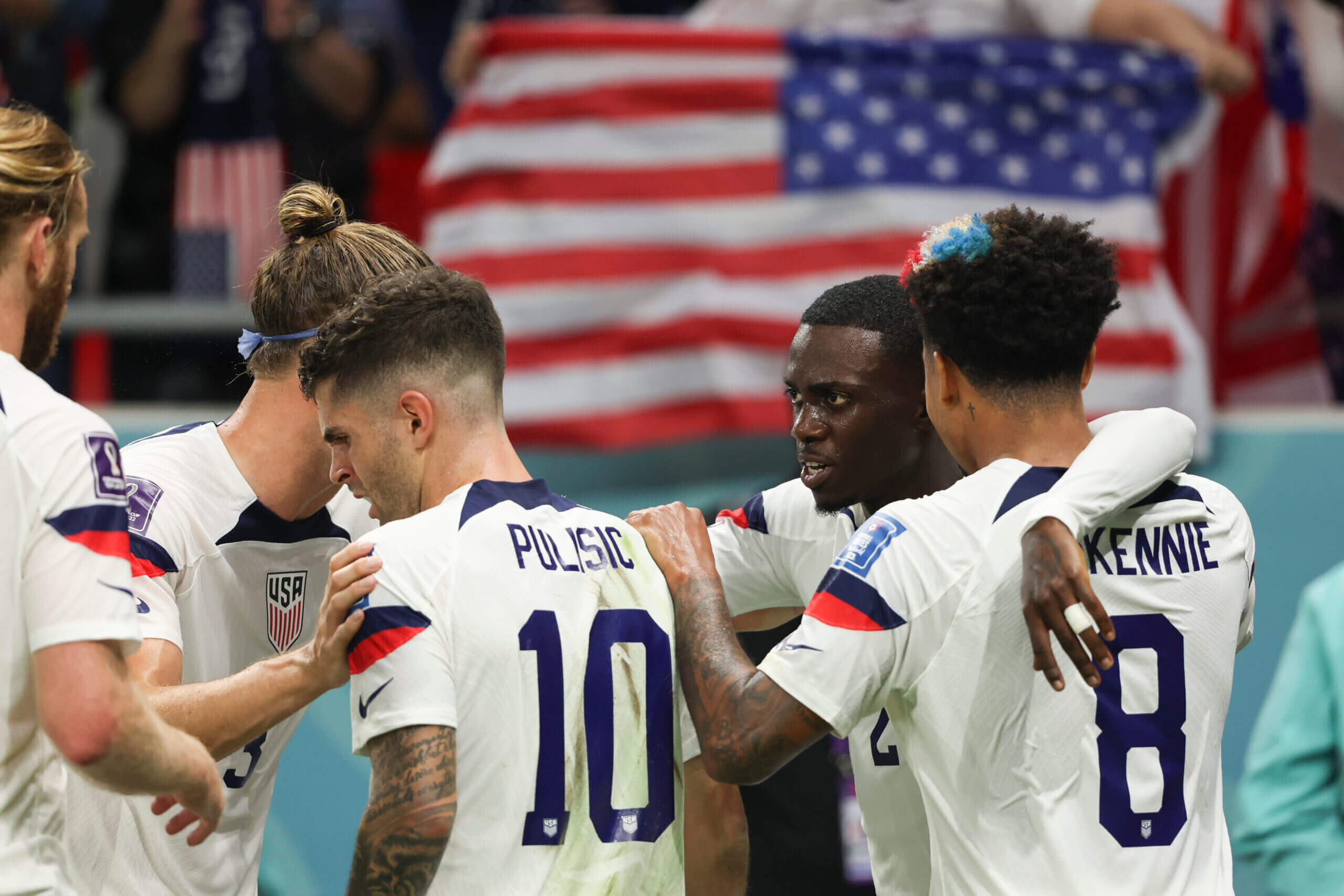 This sentiment is shared by Kokoi, who witnessed the support for Weah first-hand in Monrovia.

“As far as I see, the history is past now. We see Timothy Weah as a Liberian-American-Jamaican — his mother is from Jamaica — and that’s a great thing. He is a man over 18 making his own decisions on who to play for. Politically, there were initial criticisms, but he has made his decision.

Thousands of people celebrated the goal here; even political opposition leaders and serial critics of his father took to social media to congratulate him. It was a moment where they put politics aside and ensured it was a moment that all Liberians could celebrate.

“Annually, thousands of Liberians join the military, hoping to go to the US and join the US Army and Marines. It’s a big part of the culture, and Timothy’s decision should be something we celebrate.”

Tim sometimes visits Liberia, as does Bayern Munich and Canada winger Alphonso Davies, who was born in a refugee camp in Ghana to Liberian parents. They fled Monrovia during the Second Liberian Civil War, which started in 1999 and displaced hundreds of thousands of people. In 2005, Davies’ family emigrated to Canada, settling in Edmonton. He received Canadian citizenship in 2017. Until then, he was a Liberian national.

“He (Davies) is celebrated too,” says Kokoi. “The fact he recognizes Liberia as his country of origin is something that people celebrate and welcome.

Sometimes he posts himself listening to Liberian songs and speaking in Liberian dialect on social media. Even though he represents Canada, Liberians take great pride in having someone play for Bayern Munich and compete in the Champions League. Even George Weah, the president himself, posted on social media to celebrate him making the World Cup as a person with Liberian heritage.”

While Davies is a favored son of Liberia, he does not have one of football’s most recognizable surnames.

That distinction goes to Weah of Canada’s downstairs neighbors the US, who achieved on Monday something that his father, Liberia’s greatest footballer, was never able to.

“The Weah name is the most respected in Liberia, and it has been since he made his name and won the Ballon d’Or,” says Kokoi. “Whenever there is a kid in a community with the surname Weah, everybody keenly watches and hopes for something special. There is a whole lot of respect attached to that name.

“People from the same county as Weah often also bear the name, and even though they’re not related, there will still be a lot of respect for them.

Lots of people don’t like George politically, but he has no opposition when it comes to football; he put Liberia on the map. Now his son is doing it again.”