Warhammer 40K: What the Grimdark Used to Look Like

Take a look back through the glorious retro battle scenes that inspired thousands of gamers 30 years ago. Come and see some 40K Retro Battles!

If there is one thing that gets a gamer’s blood pumping – it’s a good battle scene. Lovingly set up and photographed, with the best-painted minis – it only takes a few seconds to capture a gamer’s heart and get that next army started. 40K has come a long, long way in over 30 years, but let’s go back and remember what the game looked like all those decades ago. It’s 40K retro battle time!

Many of these images come from ancient White Dwarfs from the 1990s. Back when the grimdark was young and bright primary colors were the style of the day. 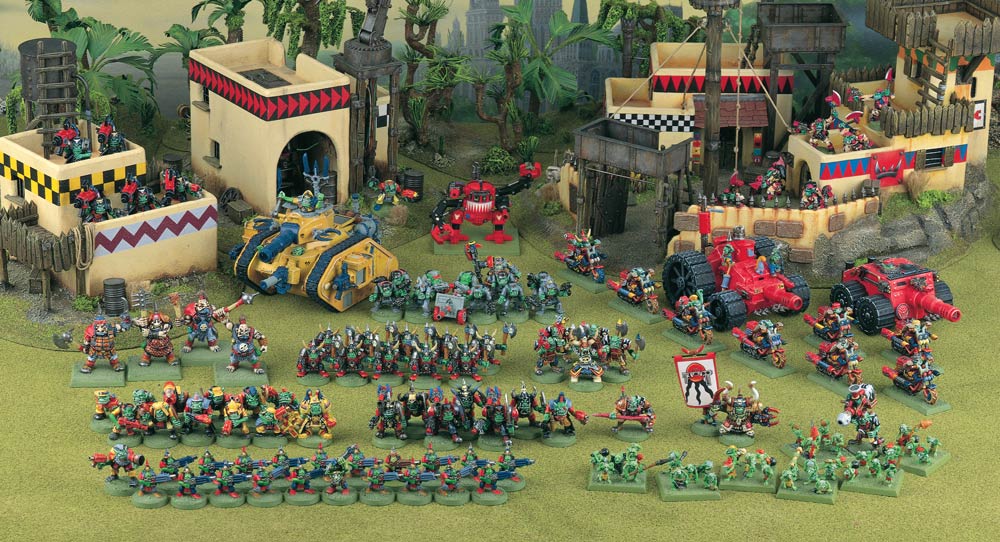 An early Ork army with the mono-pose Grots, and some awesome converted tanks on the right. 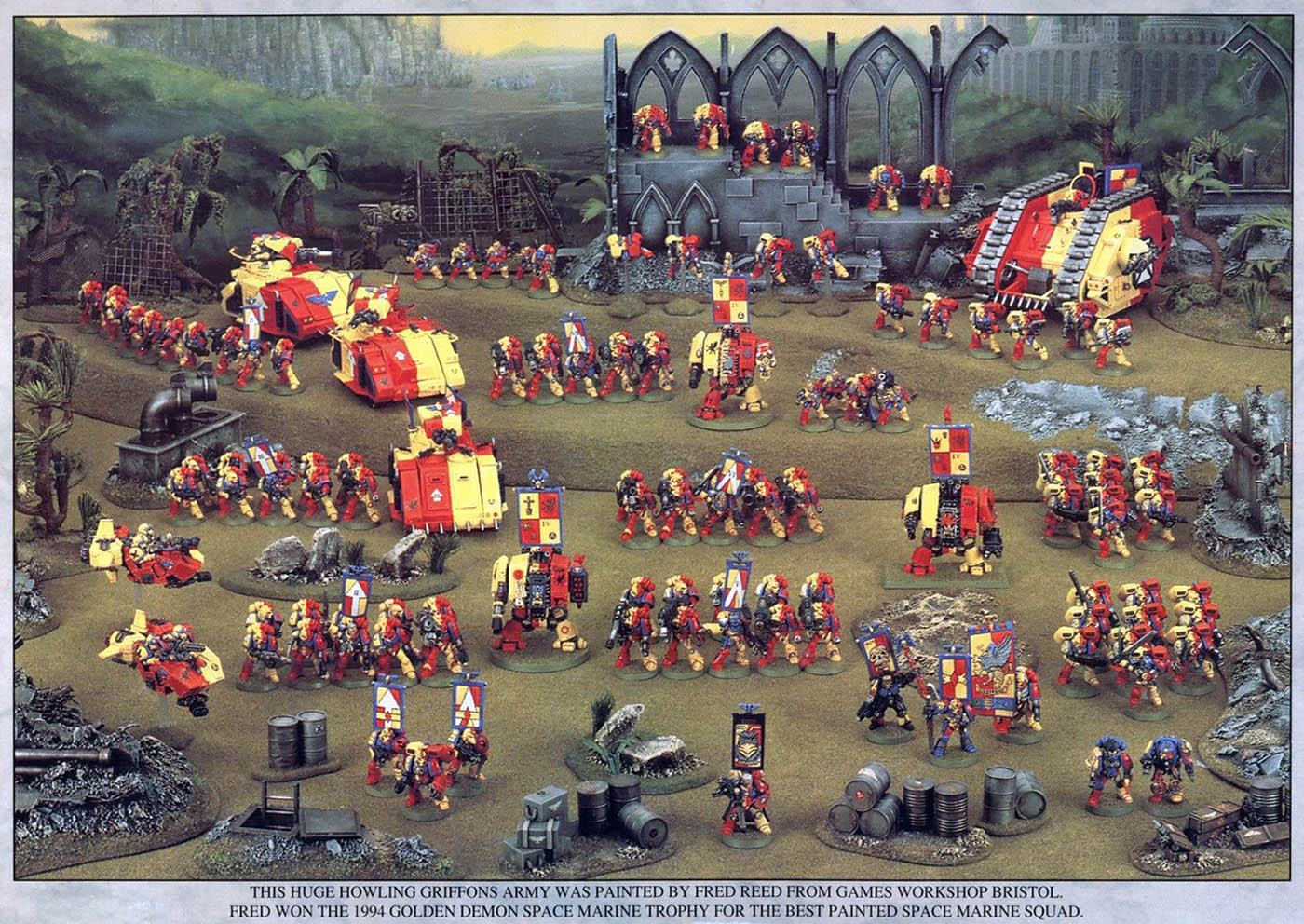 Just look at all that early Marine goodness – in the stunning and demanding Howling Griffons scheme. 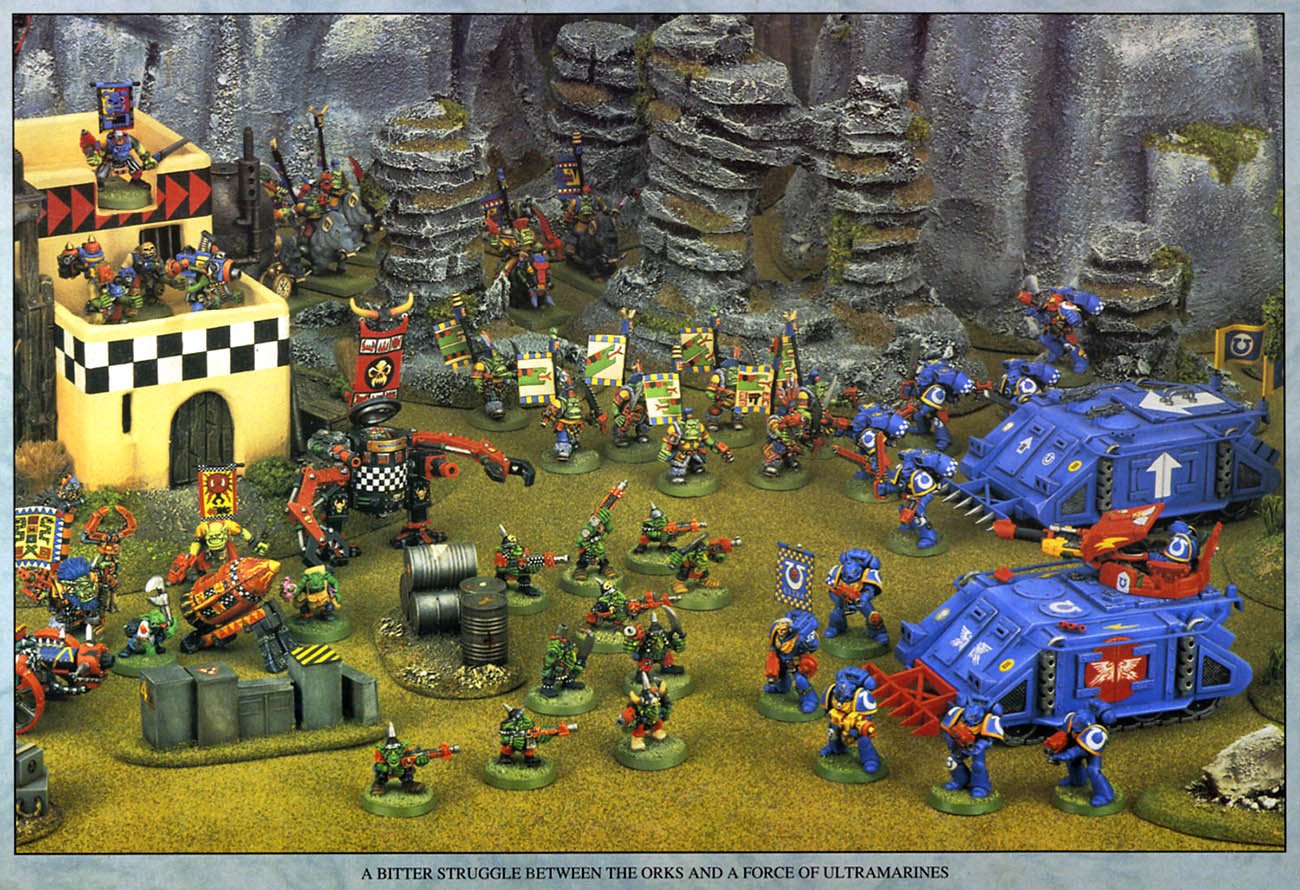 I spy a Pulsa Rockkit! Look out Ultras! This was from the Ork’s stucco/adobe phase before they were really into scrap metal architecture. 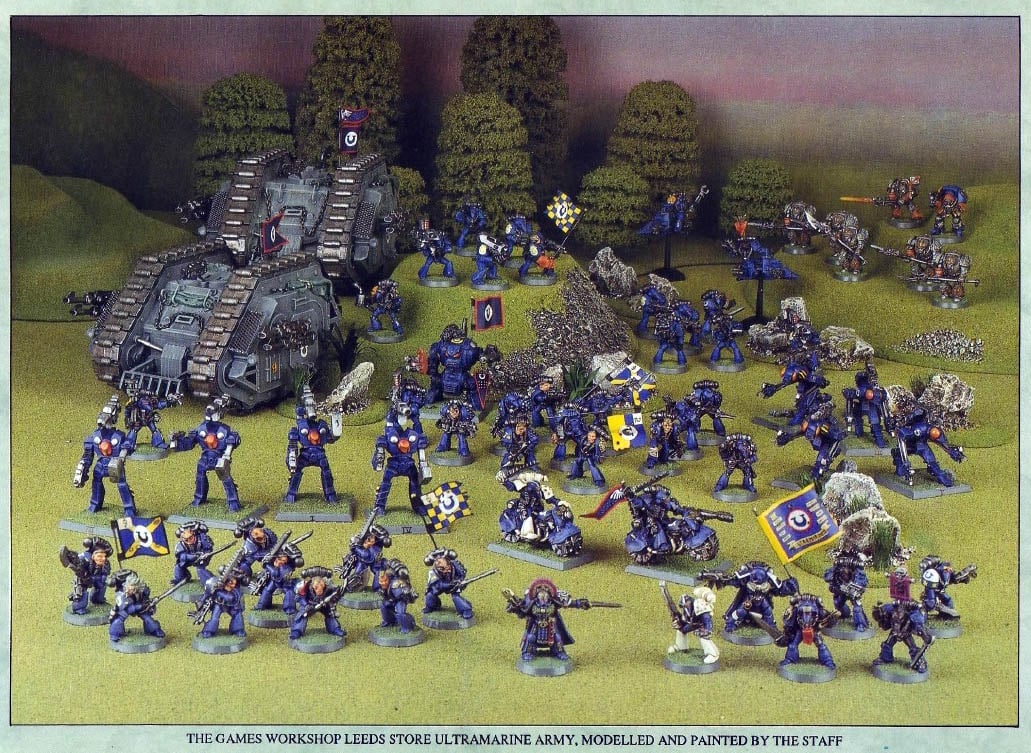 An early Rogue Trader Ultramarines army. Note the Imperial Robots on the left, and the Techmarines on jetbikes in the back. EGADS! Gray Knights! Also note the pair of original Land Raiders, the inspiration to the new plastic 30K kit just out. 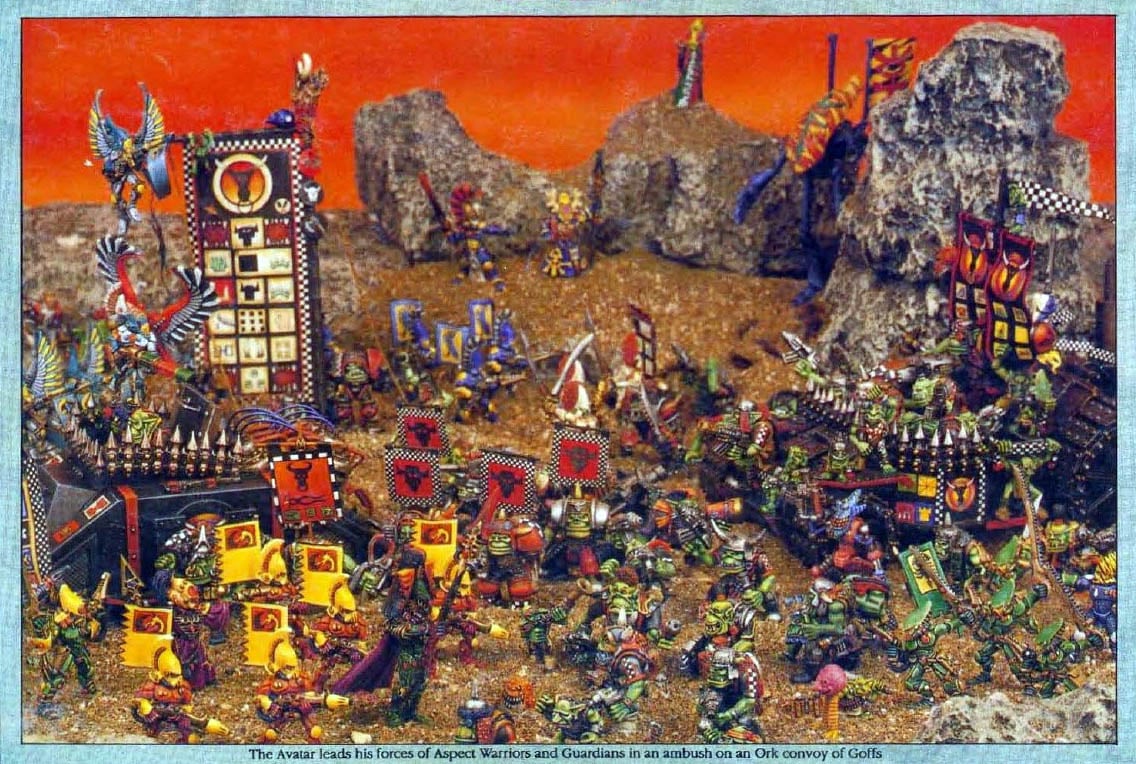 The original Eldar Aspect Warriors still hold up – even to this day. Remarkable! 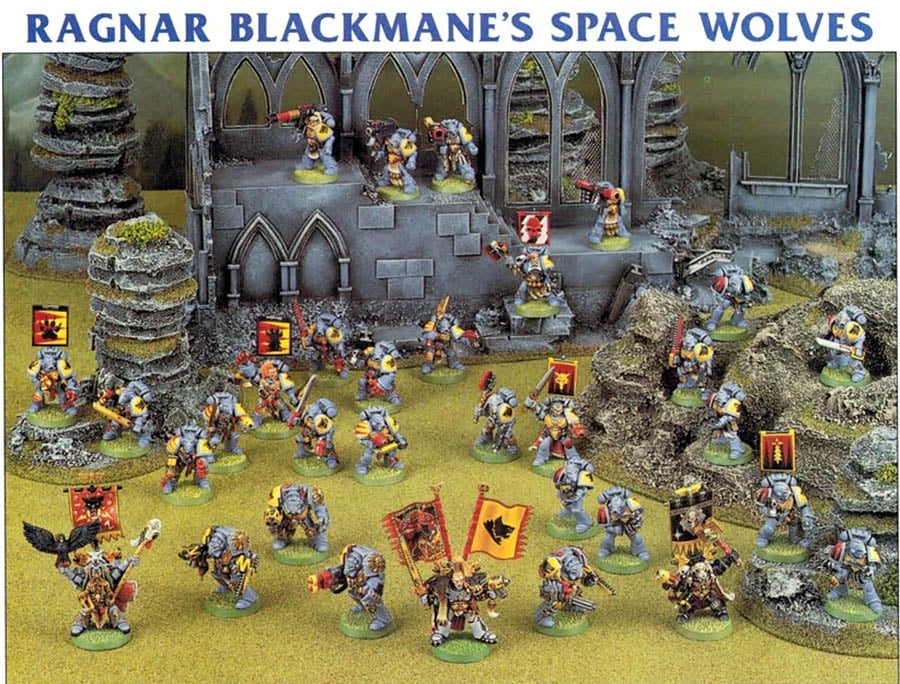 Ragnar and the rest of the early Space Wolves characters. I can’t believe his mini fought for so many decades! 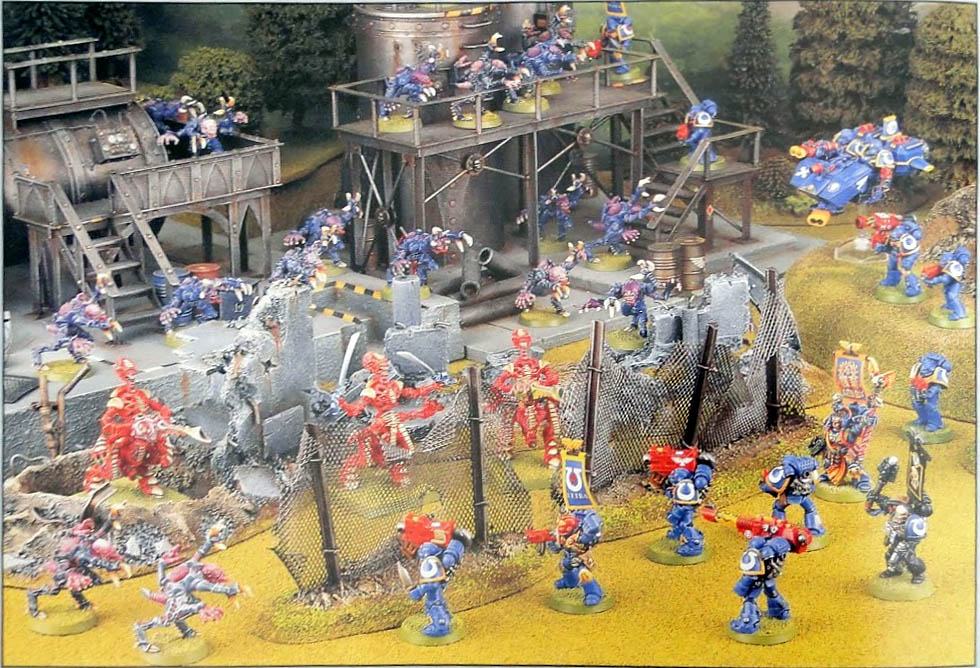 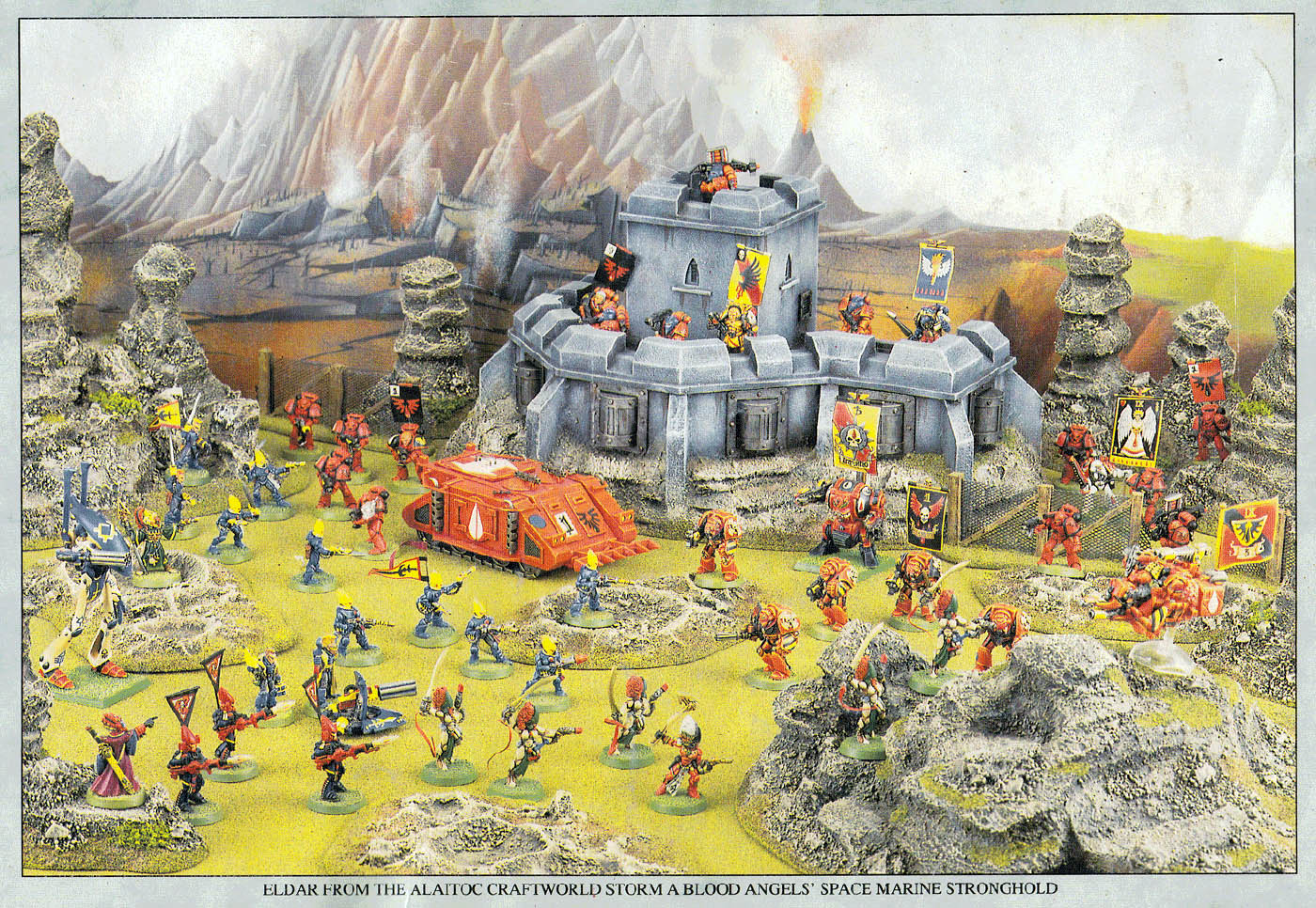 Look at those Rough Riders (who have finally returned to us) on the left getting ready to charge into the Hive Tyrant! Also classic Screamer Killer Carnifexes.

Take a look at this very early Imperial Guard Armored Company. That was a whole lot of tanks back in the day. The “one of everything” style platoons has returned to us in the 9th Edition. 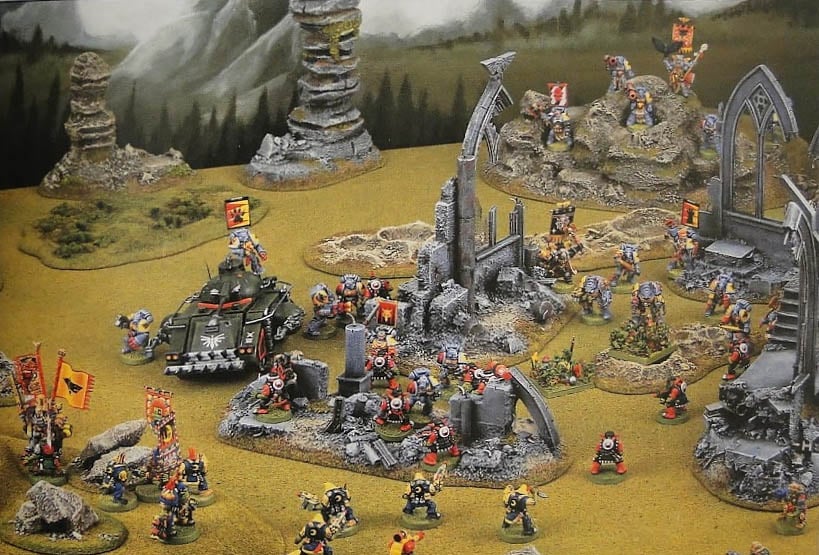 This one’s a bit of a mystery. Perhaps the Space Wolves are coming to the rescue of an ambushed Dark Angels Predator… or maybe they “borrowed” the keys and took it for a joyride. In any case, Ragnar (lower left) is up to something. 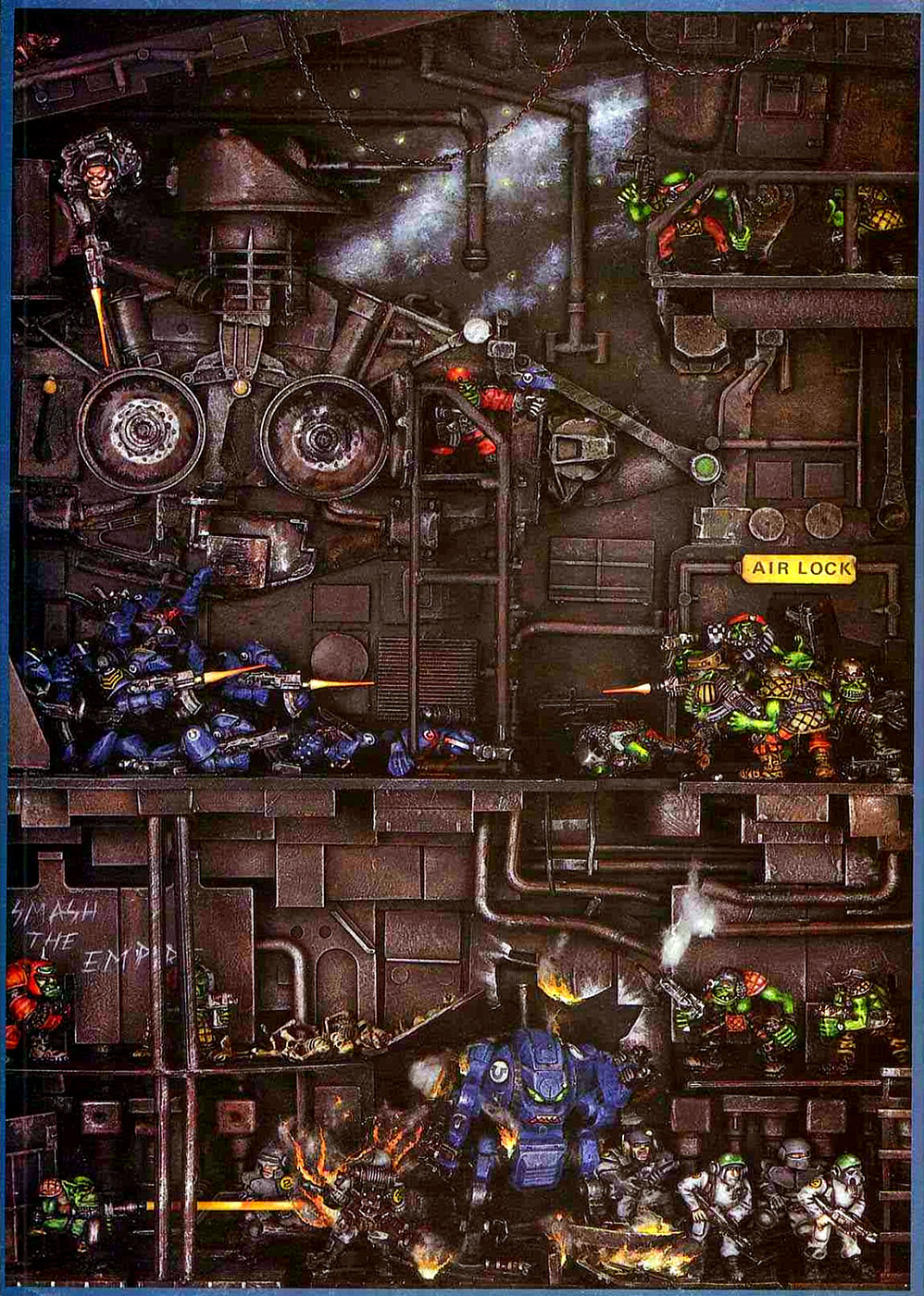 I saved the best for last. There is nothing more old-school and classic Warhammer 40K than the rare Rogue Trader picture-box dioramas. Loving that dread and the dozens of teensy little details!

~If you could go back in time and collect one of these armies – which would it be?

Dad, Gamer, Publisher, Pilot, Texan. All games all the time since junior-high. I started BoLS Interactive in 2006. I’m a lifelong tablet & RPG gaming enthusiast, and internet publisher working to entertain and inform my readers every day. I’ve been playing RPGs and Tabletop Games since the 1970s. I’m been playing and covering Warhammer and Warhammer 40K for over 35 years.

Colossal Cave Review – A Reimagined Excavation For The Ages

The Settlers: New Allies offers a fresh yet familiar take on the 30-year-old series